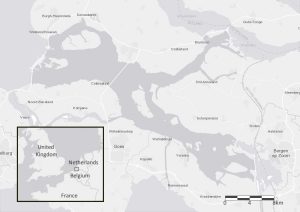 Why monitor porpoises in the Eastern Scheldt?

What is photo ID research?

Researchers worldwide use photo-identification to study whales and dolphins. Photographs of unique characteristics allow researchers to recognise individuals between one sighting and the next, and monitor them over time. This can result in a lot of valuable information, such as movement patterns and social structures. Photo-identification is rarely used to study porpoises, although it is possible. Individual harbour porpoises can be recognised by their pigmentation pattern, the shape of their dorsal fin, scars, and nicks on their dorsal fin and peduncle. However, it should be taken into account that scars and nicks can be obtained over the years, and that scars can fade away over time. 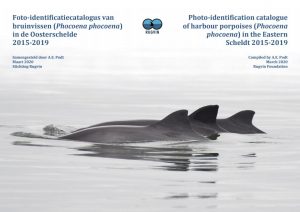 After some years of opportunistic data collection, Rugvin Foundation implemented dedicated photo-identification research in the Eastern Scheldt since 2015. Rugvin Foundation released the first catalogue of harbour porpoises in January 2019 as a result of this research. The updated version of the catalogue was released in March 2020. All harbour porpoises within this catalogue have been observed and photographed at least once between 2015-2019. On each occasion efforts were made to clearly photograph both sides of the porpoise. Each individual received an unique identification number for the left and right side. Sometimes, the match between the two sides is not yet known. Each individual’s profile includes the years in which observations with photos have been registered (including 2009-2014). If an adult was seen in close association with a calf, it was classified as a (likely) female.

Our photo-identification study has shown that many individual harbour porpoises have been present in the Eastern Scheldt for a number of years and are clearly resident in this area. This research was made possible with the help of many volunteers and with the support of the Dutch World Wide Fund for Nature.