The Rugvin (‘dorsal fin’) Foundation performs research based on species diversity, population dynamics, and the behaviour of cetaceans in the North Sea and in the Eastern Scheldt estuary. In addition, Rugvin reveals its findings to inform and educate Dutch citizens.

A large portion of the Dutch are not aware of the fact that cetaceans, like the harbour porpoise, exist in Dutch coastal waters and Eastern Scheldt. By performing research into porpoises and other cetaceans in these waters, and by presenting the results to the public, the Rugvin Foundation endeavors to contribute to the protection of these species. Protection is impossible without awareness and knowledge on these special animals.

The Rugvin Foundation hopes that the awareness of cetaceans in the Dutch North Sea and Eastern Scheldt will increase, and aims to make a significant contribution. In addition, the Rugvin Foundation attempts to support policy makers with the gathered information, to guarantee the survival of these species.

The history – or emergence – of the Rugvin Foundation

In the summer of 2002, the idea of the Rugvin Foundation emerged. During that summer, Frank Zanderink (chairman/coordinator) participated in the Cetacean Research & Rescue (CRRU) team, a Scottish organisation that focuses on the welfare, conservation and protection of cetaceans, guided by Dr. Kevin Robinson (director of the CRRU). In the wonderful weeks during his stay at the CRRU, Frank witnessed many bottlenose dolphins and saw porpoises for the first time in his life on the Moray Firth! 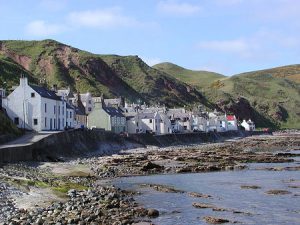 The CRRU in Gardenstown, Scotland

Back home in the Netherlands, Frank was curious about what research and education existed on cetaceans in the Netherlands. According to him, it was not enough. Besides partial governmental work, carried out by several institutes, it appeared there was very little attention for cetaceans living in the Dutch part of the North Sea. After reading an article about Europhlukes (computer program for the identification of the dorsal fin and flukes of cetaceans), Frank came in contact with Ruben Huele, of the Center for Environmental studies Leiden, and Nynke Osinga and Bas Beekmans (students back then). They decided to set up a feasibility study to investigate the presence of cetaceans in the North Sea. The results of this study came out positive! Ferry company Stena Line was approached for the possibility to do research on board of the ferry between Hook of Holland (NL) and Harwich (GB). Stena Line agreed and later on Rugvin joined the Atlantic Research Coalition (ARC), to be able to contribute to studies of other research organisations who also monitor cetaceans from ferries.

In January 2005, Nynke started her population study on the ferries Hollandica and Britannica of Stena Line under the name Project Rugvin (Project Dorsal Fin). With thanks to Stena Line, from that moment on, two volunteers observed cetaceans on the ferries each month that year. In association with Stichting De Noordzee (The North Sea Foundation) a research and education program on smaller boats was set up, which lasted until 2006. During these sailing trips, besides the registration of observed cetaceans, volunteers were trained and people interested were educated about cetaceans. Two years after the start of this project, Rugvin officially became an independent foundation in February 2007. The Rugvin Foundation was born! 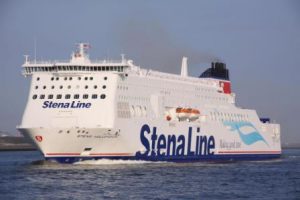 In 2008 the Rugvin Foundation started with exploratory boat journeys to find harbour porpoises in the Eastern Scheldt. In autumn 2009, with financial support by and in cooperation with the Wereld Natuur Fonds (the Dutch department of the WWF), the first official Eastern Scheldt porpoise count took place. In 2015, a dedicated the photo-identifiction project started in this area as well.